On my journey to learn Blender I found this tutorial by Studio Gearnoodle on Youtube.

I took the opportunity to practice modelling, animating and lighting techniques I learned so far and model my own mushrooms and buildings. Basically I am trying to apply the knowledge I’ve acquired for the past 25 years doing 3D to the Blender interface.

I gotta say, Blender is on to something here. They really are taking the right direction and are providing a full fleshed package and with their philosophy of “everything nodes” the potential is huge. And free! Yes, OpenSource! 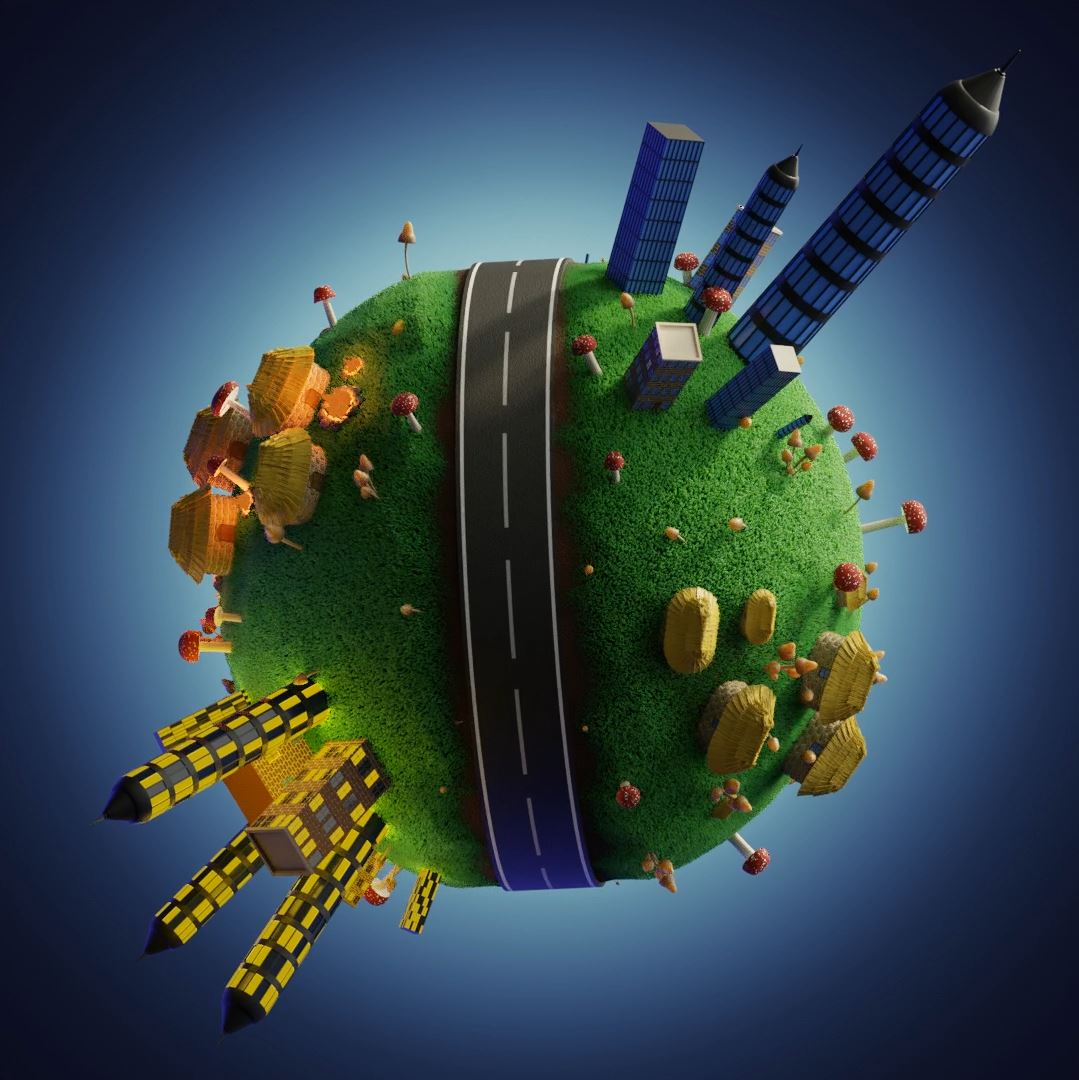 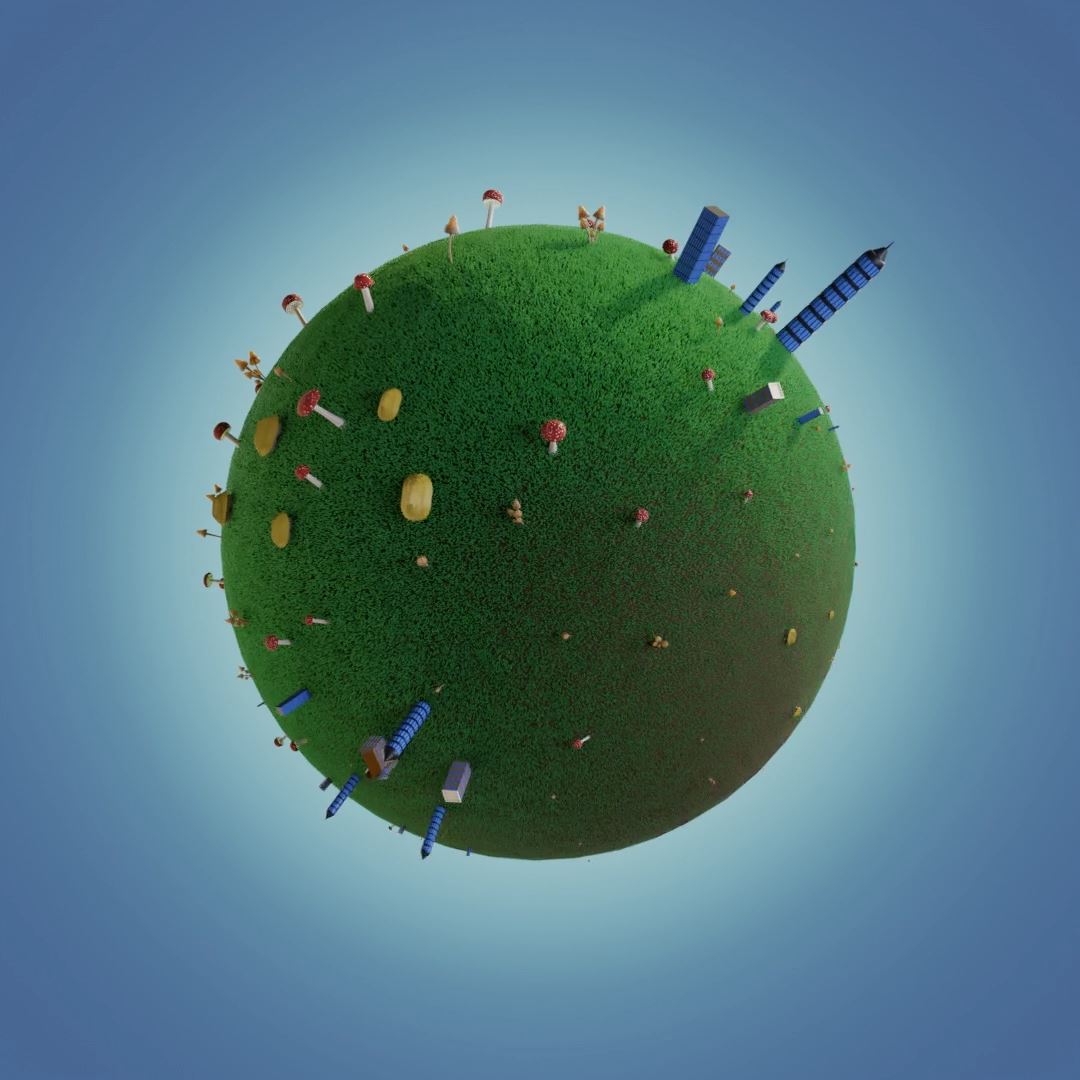 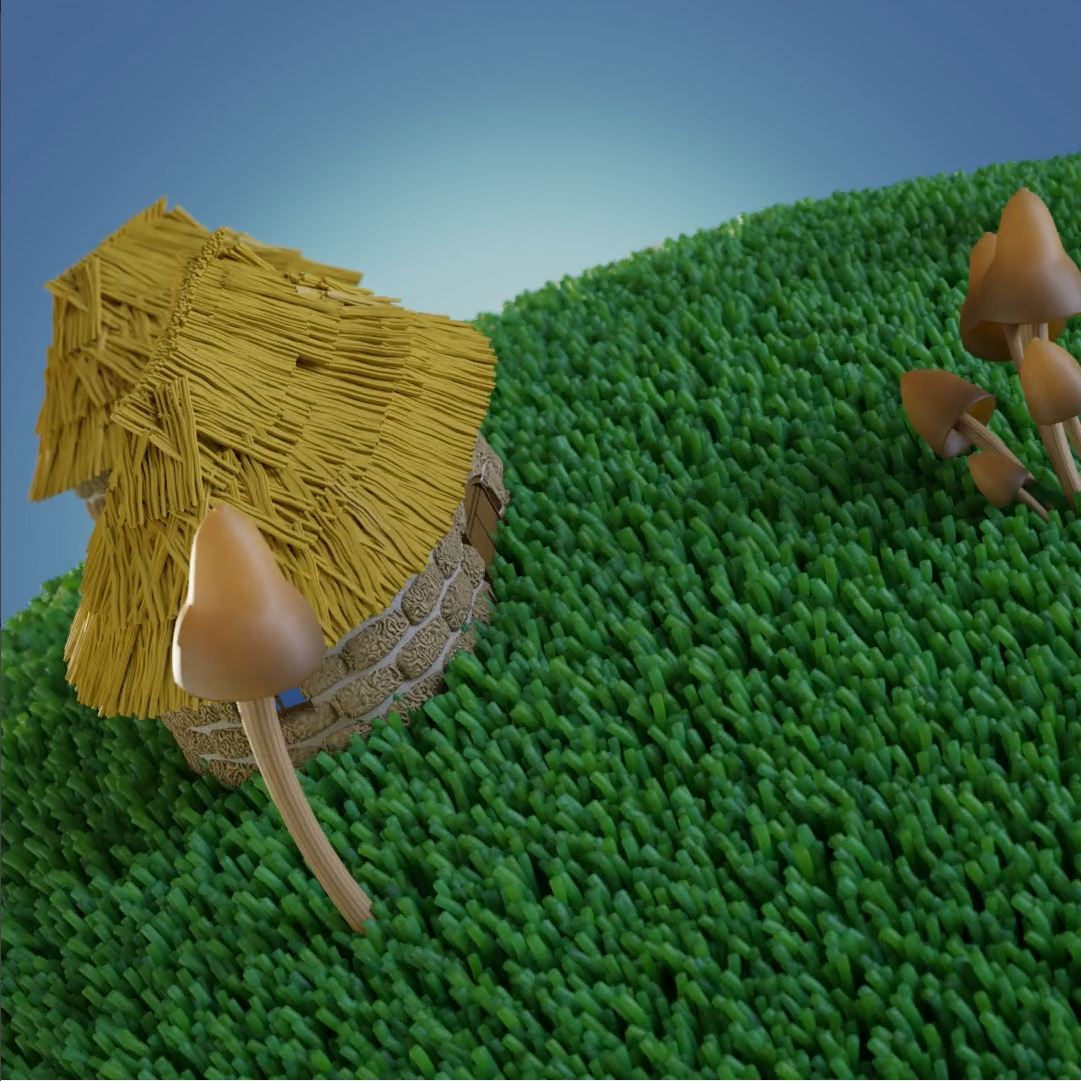 On my journey to leave Maya behind me and not being involved in any 3D production work I started to learn some Houdini.

Since I saw it the first time back at Siggraph in 1996 I was drawn to it. But my professional jobs never left any time to dig into it.

I really love Houdini and I find it the best package out there. But… It became very clear very fast that to become proficient in using it would need a large junk of time.

Nevertheless here’s my interpretation of a tutorial by Nine Between.

This is an animation showing a T-Cell that connects to a cell and is able to discharge when the cell is not covered with sugar crystals but fails if the cell is completely covered.

From Autumn 2019 until Summer 2021 I worked in the research group of Prof. Stephan von Gunten at the “Institute of Pharmacology” at the University of Bern, Bern Switzerland, as a 3D instructor and animator.

This is an animation about the process of a virus docking to a cell, entering the cell and getting the cell to replicate the virus multiple times and the replicated viruses exiting the cell.

From Autumn 2019 until Summer 2021 I worked in the research group of Prof. Stephan von Gunten at the “Institute of Pharmacology” at the University of Bern, Bern Switzerland, as a 3D instructor and animator.

Two of the biggest challenges in creating watch animations are that most likely if you get to animate a watch it means it doesn’t exist yet. So you got to cobble together the look of the real material in that particular shape and finish. The other challenge is the that most watches are only visible because they reflect their environment. Now to do that for still shots is somewhat easier than animations because, even in real life, reflections on such a small object can become erratic and you end up animating the environment which can make the 3D scene somewhat complex.

Here’s the three 3D animation we made as freelancers for MDI Production in Neuchatel/Switzerland in collaboration with two freelancer animators from France, Geoffrey Dupuy (Storyboards, 3D animation) and Nicolas Parreira (3D animation, Expression setup, materials, rendering). The AfterEffects work was done by Mathias Schmid who was in his last weeks of his apprenticeship as a media designer at MDI.

I was supervised the project for Franco. COnverted and prepared all the models from CAD to Maya. My main focus was on animating, texturing, lighting the Porsche Design Worldtimer and i was responsible for rendering all the animations on the 30 CPU render farm. I basically slept next to 8 PC’s setting the alarm clock every 2 hours. Yes, it was hot and noisy.

This animation replaced the regular opening theme for one episode of the famous science tv-show “Welt der Wunder” hosted by Hendrik Hey. The special episode was entirely about dolphins. How they are built up, where they live and how they propagate as well as about the danger they live in. This animation was done in Alias Maya and composed in Adobe AfterEffects. I had the help of two interns at Welt der Wunder. One was taking care of the dolphin rigging and one took care of the dolphin textures while I was setting up the environment, the logo, the effects and created the main animation. Aside of the intro we made a few animations of the dolphins organism like the cooling of their blood in the tail.

In 1995 we started drafting a production plan for the first LEGO box that would come out with a CD-ROM. The main concept was to do 3D animated building instructions of the two main models. There were many more 3D animated building instructions and a lot of basic to advanced explanatory LEGO Technic concepts and much more In the final product. I would like to mention Claude Aebersold, Bjarne Tveskov and Christopher Yavelow, Michael Lawson and Juray Highdway, without them the 3D content would still be rendering 🙂 .

The production was finished right before Siggraph that year. The CD-ROM won the “Danish Design Centre “ID98″ Prize” and the “Best Scandinavian CD-ROM” Awards.

Here’s a very small excerpt of the building instructions for the Main model: The “Little Sub”.

Logbook, The captain, “Monday, 4am, finally the last frame of the 41 layer composit rendered to QuickTime no compression on our 64 MB ram, 33 Mhz Macintosh Quadrd 950 PowerHorse. We never thought it would take an end AND we didn’t miss Frodo’s birthday either.”

LEGO – The Movie from Alex Furer on Vimeo.